The Land You Love

From September 29 to October 3 of 2011 the city of Cali, Colombia will celebrate the National Congress on Land, Territory and Sovereignty in which indigenous, afro-Colombian, popular, social and human rights organizations will work to liberate, decide and legislate on the issues that Colombian society faces.

This Congress' objective is to strengthen proposals for the country coming from the Colombian people; it will confront the development model and policies expressed in the legislative agenda of the current government; it will recognize and collect what has been achieved so far of the various agendas and social processes; it will articulate the grassroots struggles of social and popular movements.

As international accompaniers of various social movements in Colombia, we believe that the security and protection for people who are reclaiming their lands is lacking. In only 2011 so far, more than 15 leaders of these struggles have been assassinated; for that reason we are accompanying the National Congress on Land, Territory and Soveriegnty.

We think it is very important to support this initiative and give the citizens of our countries the opportunity to show their solidarity. We urge you to show your support and solidarity with the National Congress on Land, Territory and Soveriegnty, demanding that the state provide the necessary guarantees for indigenous, afro-Colombian and peasant communities in Colombia to exercise their legitimate right to return to or stay on their lands without putting their lives at risk.

Stand up in solidarity with the Colombian people! During the month of September help us flood the emails of the Colombian government and the US embassy with this message of hope that every Colombian live without fear and with dignity on the land he or she loves.

2) In the "to" field, include both of the following emails:

3) In the "cc" field, include the US Ambassador to Colombia: AmbassadorB@state.gov and our group: tierra@coalicionoings.co.cc

4) Attach a photo of the land you love

My name is _____(your name)____ and I am from (your country). In the context of the National Congress on Land, Territory and Soveriegnty and considering the current situation in Colombia, I am writing to express my deep concern about the safety of people in Colombia who are working to reclaim the land they have been displaced from. In the past year, 15 people who attempted to take back their lands were assassinated. I urge the Colombian government to guarantee the rights of these leaders and communities through truth, justice and comprehensive reparations as defined by the communities themselves and without an increase in militarization. I also hope that the Colombian government not only guarantees the physical security of these communities, but also the economic security by supporting the local economy that small farmers depend on.

I am attaching a photo of the land I love, representing my hope that every Colombian lives without fear and with dignity on the land he or she loves.

Please spread the word! Forward this email to your friends and family, put it on your facebook page, write about it on your blog, etc. 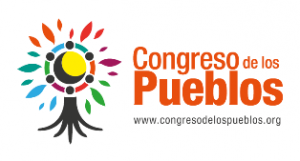